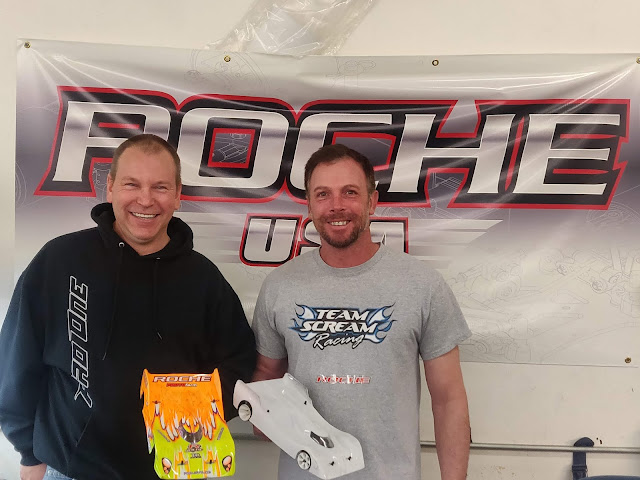 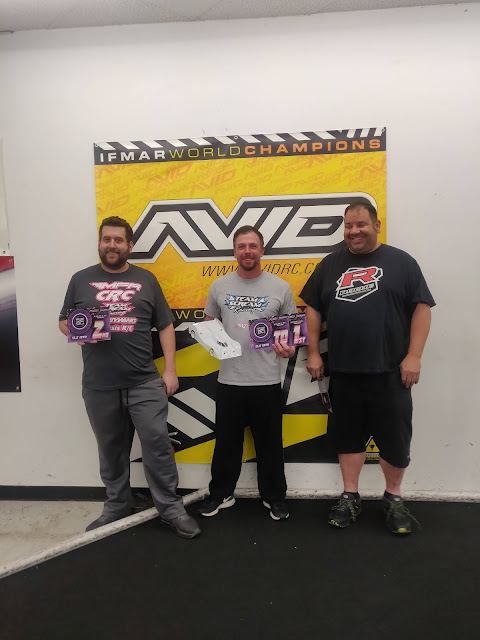 In 13.5 Super Stock 1/12th Joe Trandell (Roche) would TQ multiple rounds of rocket round qualifying to finally reset TQ in round 5 over Kevin Van Ert (CRC) and Monti Panzica (Roche).  In the A-main, Kevin would tap on the first lap allowing the Roche drivers to fight out for the win initially with both Joe and Monti holding the top spot in the first few minutes.  By the time the race was over qualifying order would prevail with Joe taking the win, followed by Kevin and Monti. 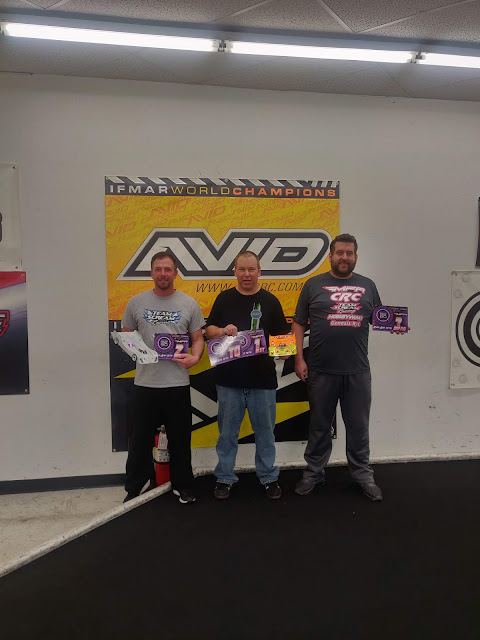 In Can-Am Stock 1/12th Shawn Rayfield (Roche) would TQ over Kevin Van Ert (CRC) by just 0.2s both in recorded in round 3 and with Joe Trandell in third.  In the A-main Shawn and Kevin would lead out followed by Joe.  With just about 2 minutes to go Kevin would have an incident allowing Joe to grab second and Kevin third while Shawn would cruise to the win. 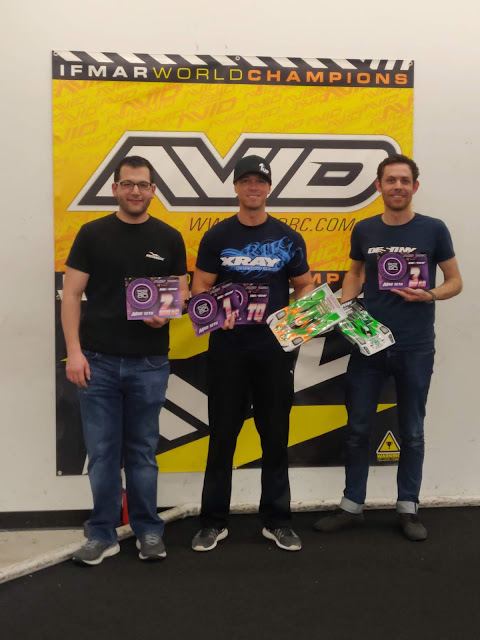 In Mod 1/12th Keven Hebert (XRay) would TQ resetting his prior TQ in round 5 over Sam Isaacs (Roche) and Kyle Klingforth (Roche).  In the A-main Keven would have an uneventful defence of his TQ even though Sam would set hot-lap behind him on the way to second place.  Chris Hillier (Destiny) would round out the podium in 3rd. 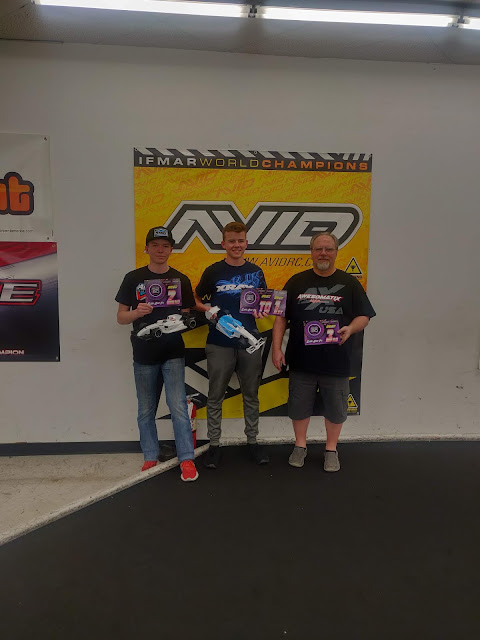 In Can-Am F1 The Willcox family would dominate the day with Chris Willcox (Associated) taking TQ honors over his brother Brian Willcox (XRay) and Brent Klingforth (Roche) in third.  The A-main would hold qualifying order with Chris taking the win. 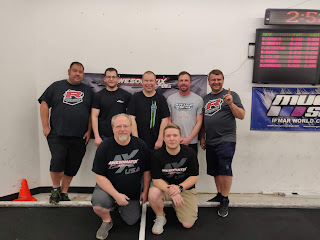 Big thanks to the Roche drivers and team for making the event!  Congrats again to our new team members Joe and Shawn on their first time out wins!

Posted by Awesomatix USA at 1:38 PM