Payne and Gerber win at US Indoor Champs

The 41st US Indoor Champs just wrapped up in Cleveland, Ohio.  This is the longest running indoor carpet race in the World.  The race was last run in 2019 and skipped running in 2020 due to COVID.
Ollie Payne TQ and Wins Modified 1/12th with the new Roche Rapide P12 Evo2!!
Wayne Gerber wins WGT-R with the Roche Rapide P10 WGT-R against a field of 9 CRC cars!!! 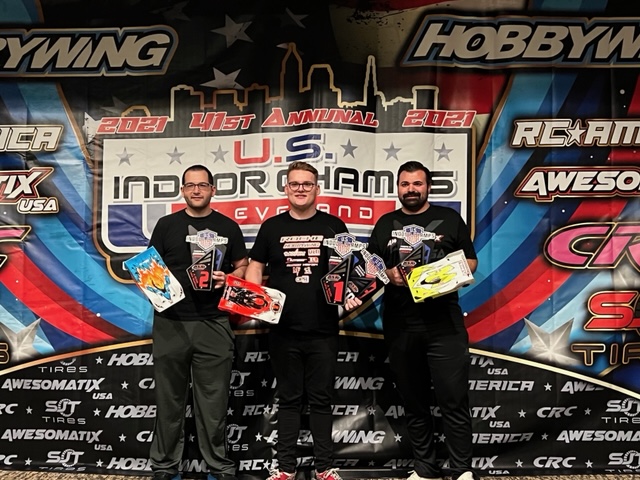 Modified 1/12th would be one of the 3 classes featuring triple A-main races.  In qualifying, Roche driver Ollie Payne would take TQ in round 2 and reset TQ in round 3 and 4.  At end, Ollie would have a 5s lead in qualifying over the rest of the field.
In A1, after the first lap the running order was Ollie, Sam Isaacs and Donny Lia.  Sam would chase Ollie for the entire 8m but the gap between first and second never got closer than 0.3s.   Finishing order would be Ollie, Sam and Alex Hagberg
In A2, the top 3 would run out in qualifying order - Ollie, Sam and Alex.  The top three would ebb and flow through traffic over the next 7 minutes never being more than 1.5s apart.  In the last 30 seconds Sam would catch a board dropping him to 3rd.  The last two laps were very close with Alex challenging Ollie but Ollie would hold on for the overall win.
Triple A-main finishing order- 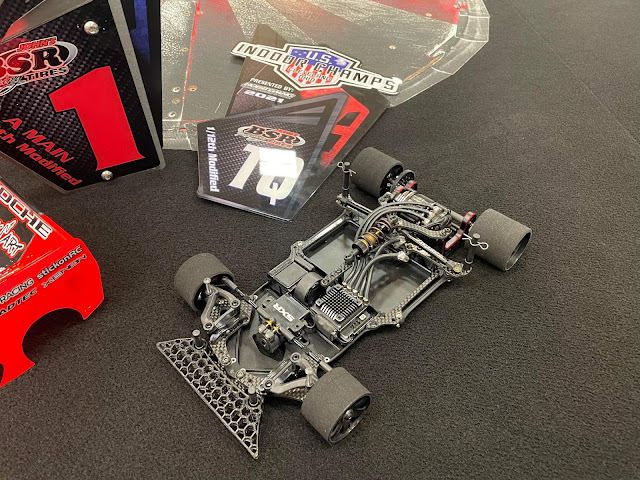 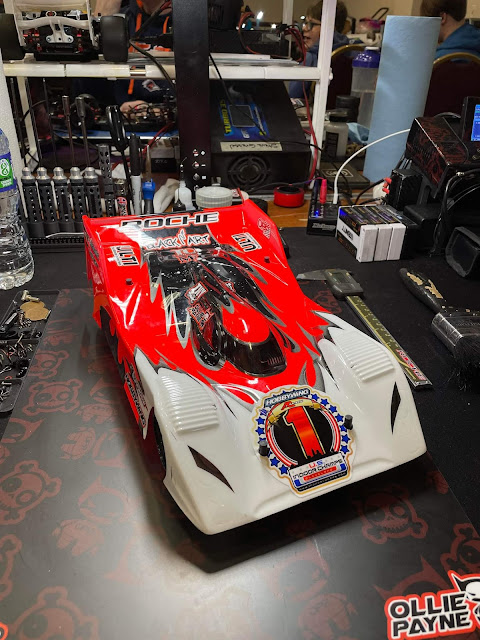 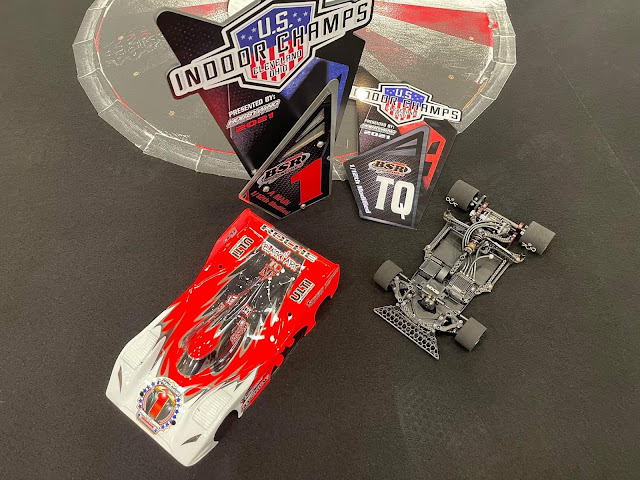 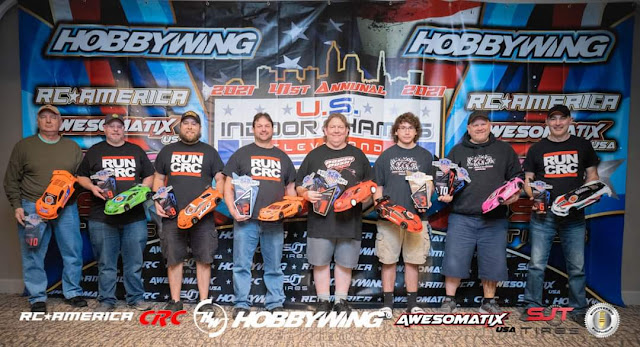 Qualifying was tight for the WGT-R class and Roche RC USA Wayne Gerber qualified 3rd for the A-main surrounded by CRC cars in all other positions.
In the A-main, the top 4 drivers rolled out in qualifying order.  On lap 4 Brian Wynn tapped in the center of the track allowing Max Buca and Wayne to get by.  Just three laps later Max made a similar mistake in the middle of the track promoting Wayne into the lead.  Max fought back later in that lap but Wayne continued to hold the lead the drive flawlessly to take the win with Mark Calandra in 2nd and Max in 3rd.
A-main finishing order- 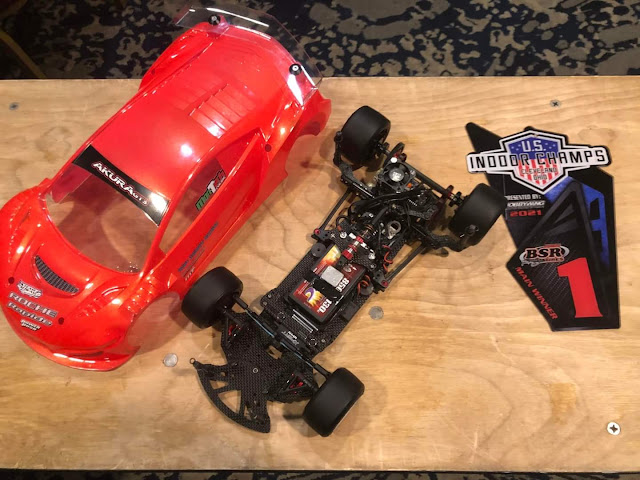 Posted by Awesomatix USA at 9:59 AM